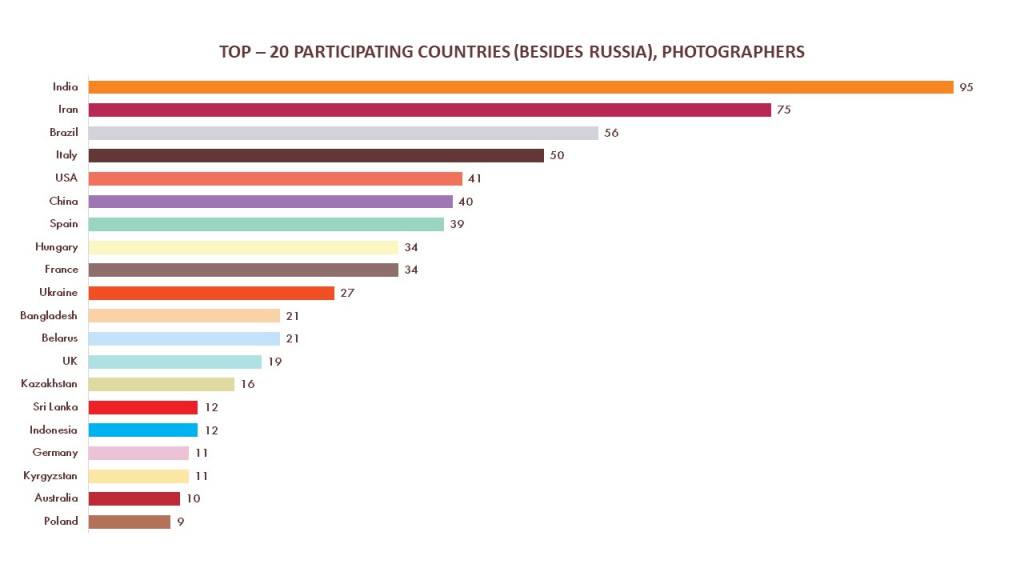 1,780 photographers from 83 countries entered the Natural Photography Competition. In total, photographers sent 10,550 photos to the contest. The most popular among the participants were the "Landscape", the "Animals in their Environment" and the "Portrait of the Animal" nominations. 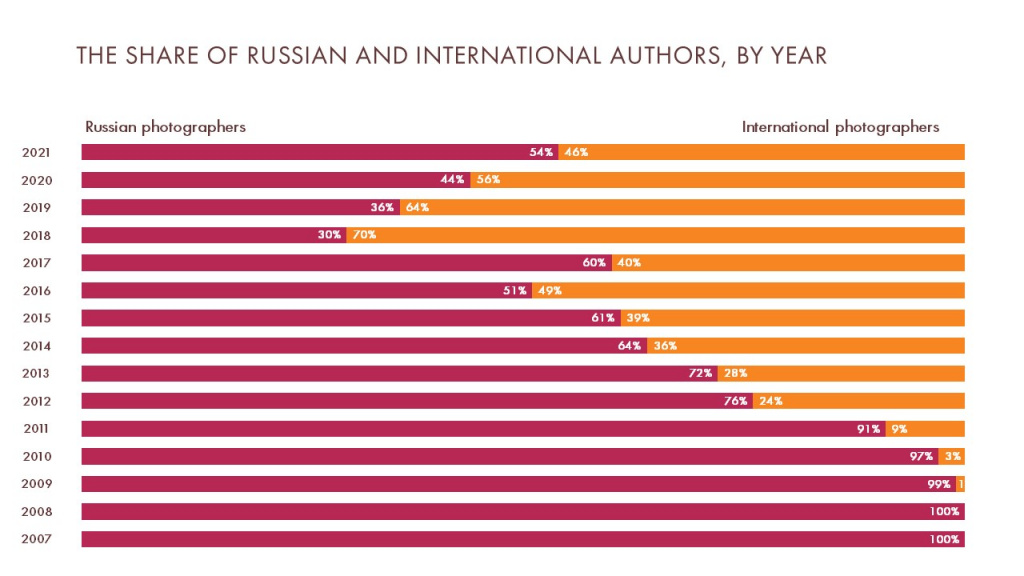 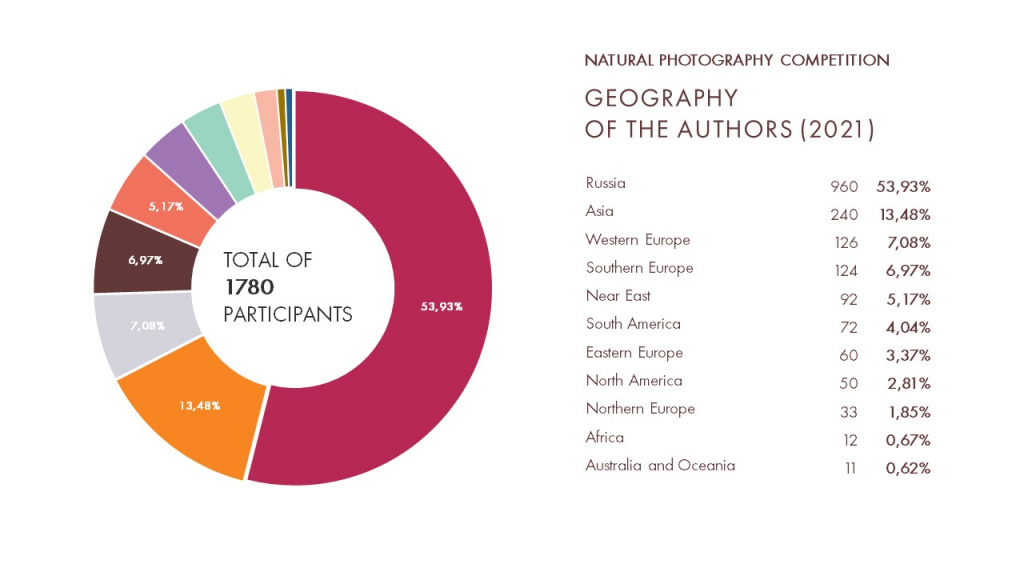 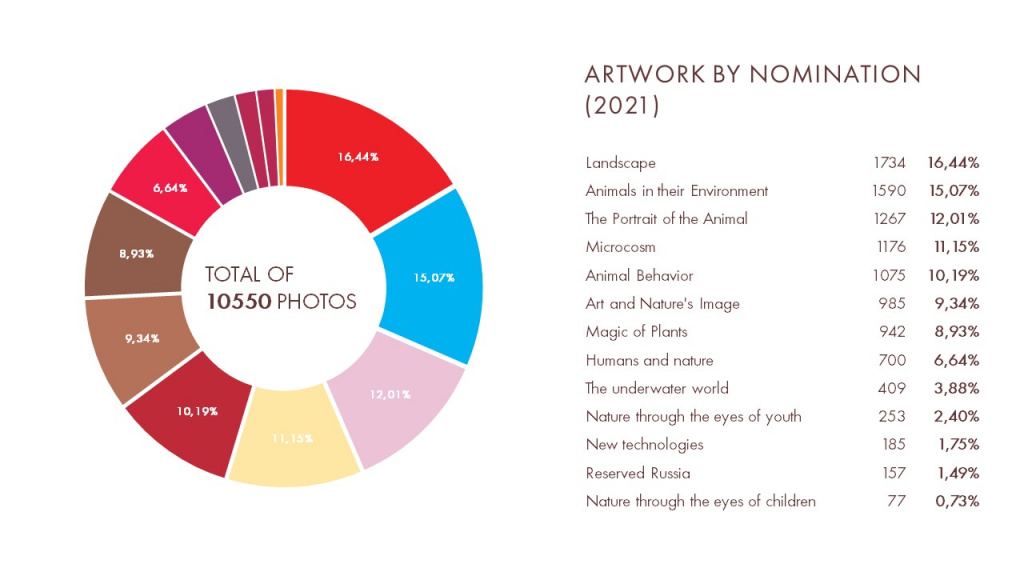 Eco-poster Competition was attended by 720 designers from 58 countries of the world. In total, designers sent 2,085 eco-posters to the contest, which is 10% more than in 2020. In terms of the number of authors, for the first time Russia is in the lead among regions - comprising 33.75% of the total. 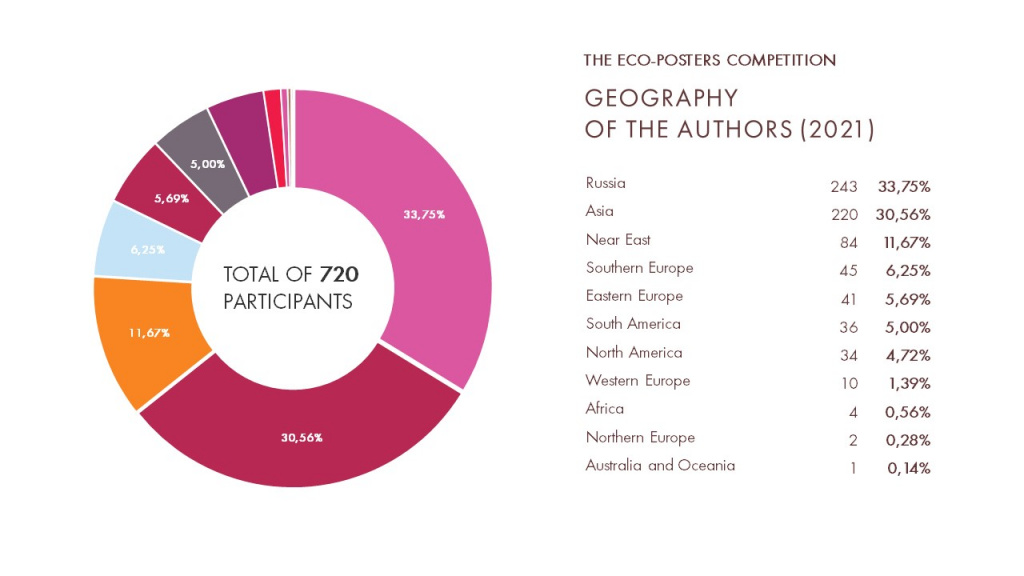 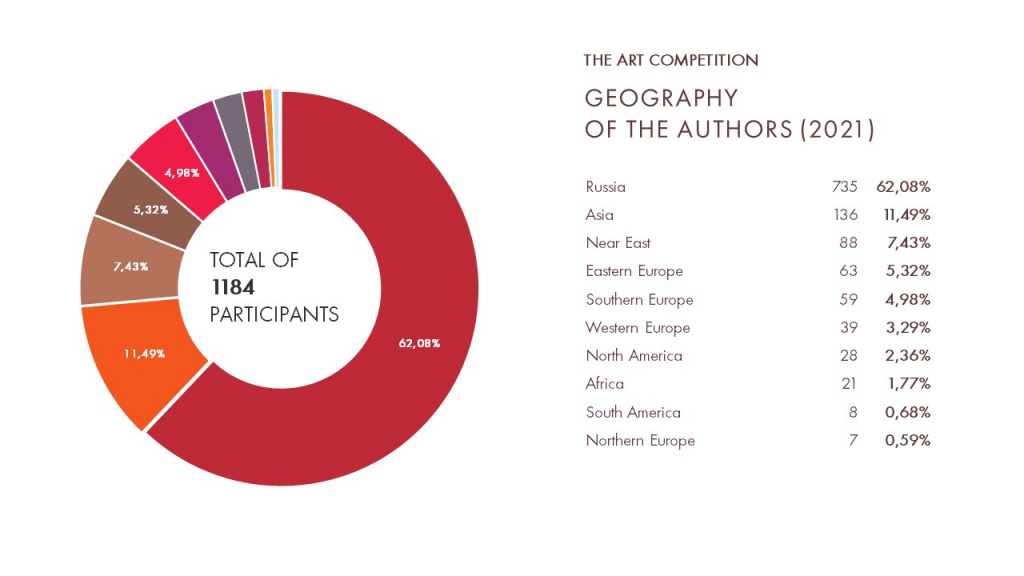